So a first happened to me a few weeks ago. I was approached by Laowa, you know the awesome lens company making some pretty sweet lenses for macro (and other uses as well) and they asked me if I would like to try their new 100mm f2.8 2x Ultra Macro APO ( the manual EF mount version). I quickly said YES! and then quietly thought to myself, oh boy, it’s fall in the midwestern United States right now, and my macro season is pretty much over. I figured when I received the lens, I would do the best I could with what weather we had, and if I was lucky there may be some warmish days and maybe, just maybe, some invertebrate activity to photograph. I got lucky. there were some warm days with decent activity. Enough for me to shoot how I like to and not really compromise on the subject matter.

Full disclosure, I  have not been compensated in any way by Laowa to write this, I just thought it would be a bit of fun and honestly some good practice to do a lens/equipment review since I have not done one before.
You can check out the lens here https://www.venuslens.net/product/laowa-100mm-f-2-8-2x-macro-apo/ for yourself.

A bit of history so you have some background on me testing this lens and who is doing the typing. I am a macro/conservation photographer who specializes in invertebrates. During my main macro season, my main focus is mostly native bees, though I will photograph anything tiny enough to get near my lens. My main camera is a Canon 5dm4 on which at least 95% or more of the time has the Canon mp-e 65 lens attached to it. Lighting is handled by a custom diffused mt-26ex. Flash diffusion is a personal thing in the macro world, so I purposely did not include my diffusion setup in my images. This is all done hand held, single frame, and completely ethically as well. Getting a shot is not worth it if you are causing harm to your models. I am used to manual focus only, though the dim manual iris did take some getting used to for focusing on my subjects. I have been at this for 5+ years now and I exhibit my work. You can see my hand made prints on wood on my selected work page, and I also work with local scientists assisting in some of their research materials. In other words I am a working photographer testing the lens in my working conditions.

I already own 2 laowa lenses, the f4 15mm wide angle macro, and the f14 24mm probe lens, so I did’t think there would be any surprises in build quality, and both of those lenses are also fully manual, so again no surprises in using a fully manual lens. The front of the 100mm has 67mm threads and wouldn’t you know I own the canon macrolight adapter for the mt26ex flash, which I was planing on utilizing to light the action. I didn’t think I would have enough time to contract a new diffuser setup, and I do like repurposing gear and setups to minimize what may potentially be in my kit when I am in the field. When I thought about doing some sort of review, I decided it was not going to be a technical review. Those are awesome, but I am not really set up to do one that could offer good information, and there are so many other photographers that will do a much better job. I wanted to see if this lens, or even the 100mm canon with the electronic aperture control, could have a place in my field kit.

Since I said I wasn’t going to do a direct comparison of lenses, I am sticking to that. My canon 100mm usm wouldn’t be right to compare anyhow since it has an electronic aperture control, and most importantly only goes to 1x. Instead I decided to swop out my mp-e 65 and use the Laowa 100mm in its place, knowing that 2x would be my maximum magnification. In a perfect world this would have been when larger insects were available to test going from 2x to being able to shoot butterflies, which I would never be able to do with the mp-e 65. Ok let me clarify that – larger butterflies. I can creep up on the smaller ones with my mp-e 65, but anything swallowtail or monarch sized I would only be able to do portraits anyhow. I kept the Laowa at 1-2x (closer to 2x when I could), f11, iso 200, 1/100 to 1-160 sec shutter. Flash power, I’m guessing due to the larger diameter lens and less magnification was about 1/32 -1/64 power. I definitely used way less flash power with the Laowa, using almost the exact same diffusion setup as I do when I use the mp-e 65, so that was a welcoming bonus. Ok I got a little technical there, so lets look at some images now. 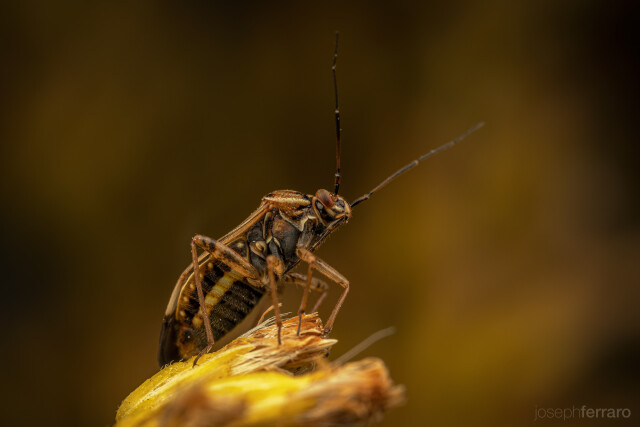 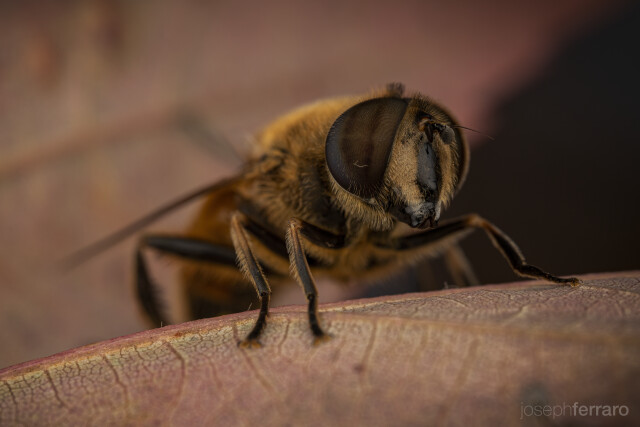 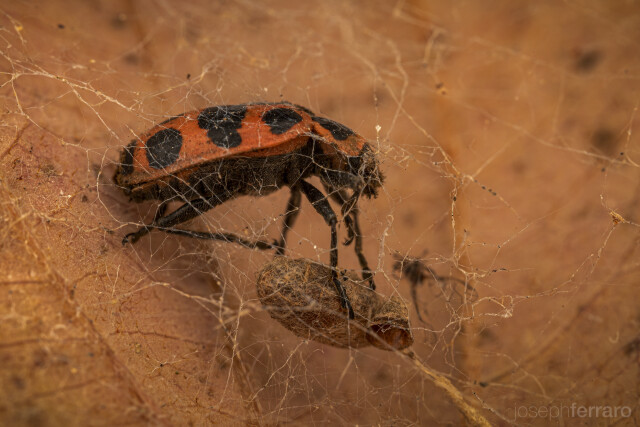 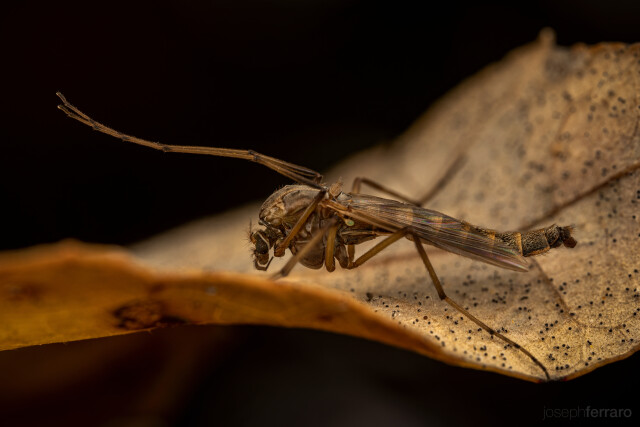 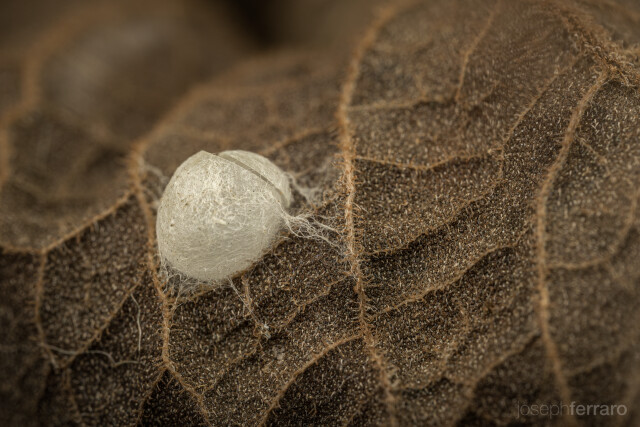 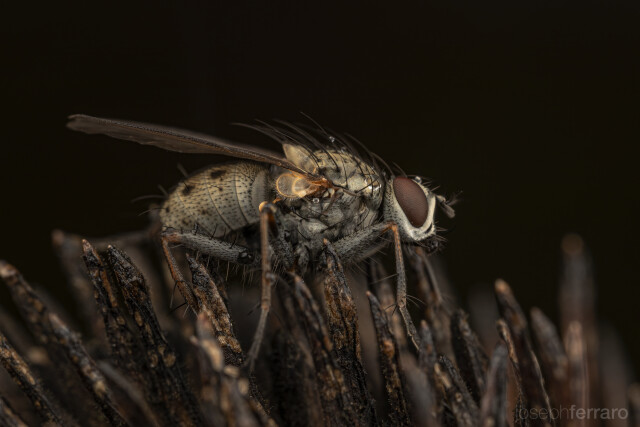 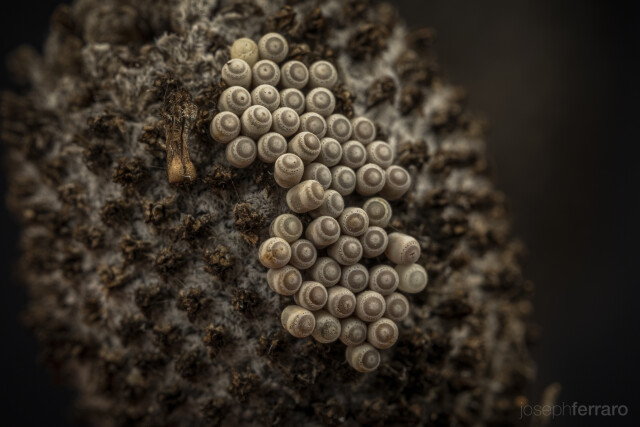 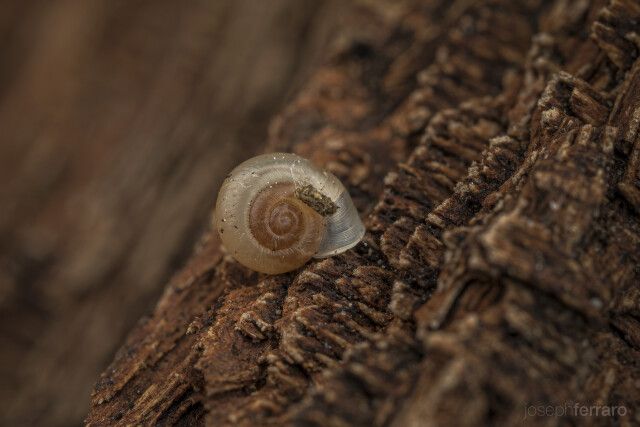 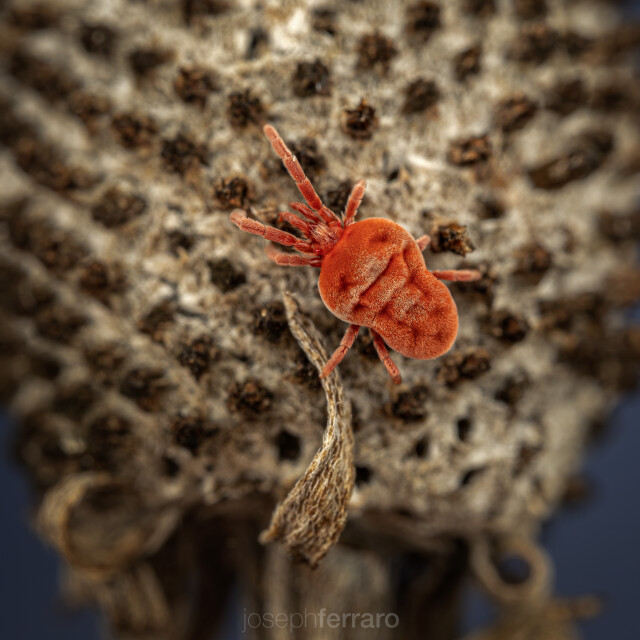 Overall I was pretty happy with the results that I was able to get. I am fairly confident that given more time using the lens, my keeper rate would increase and the lens would become more familiar in my hands. Knowing what I know from actively using the lens in the field, I would mod out a new diffuser and definitely add in supplemental focusing lights, depending on which flash I decided to go with.

Build quality is excellent. No real surprises here. Laowa builds some solid and sharp looking lenses. The aperture ring is smooth, declicked and has a bit of resistance so you aren’t accidentally moving it by bumping against it. Being declicked is great for cine work, although you have to eyeball your f stop, no big deal there. The focus/magnification ring is large, ribbed so your fingers don’t slip and has smooth motion. The way I photograph, I tend to set my magnification before trying to grab my frames, adjusting magnification to help compose the shot that I want as I go. Focusing is done by racking in/out while steadying the subject when I can with my left hand. When I could nail the focus to my liking, the images were sharp, had nice contrast and color, and when it came into play the bokeh was indeed beautiful. The images processed easily to the style I am currently exploring with no difficulties. The ability to go from 2x to larger subjects without changing lenses could be an awesome feature when I am working in the field when I am doing mostly survey work. And lets not forget the price – these lenses are totally affordable for the quality of build and images you get from them!

Now these are not really faults of the lens itself, but I am including them here because in a field environment it could make a difference. Focusing with a manual aperture around f11 is fairly dark. Using a mirrorless camera with exposure compensation in the electronic viewfinder would most likely make this not an issue, but using an optical one such as on the 5dm4 it took a bit to get used to again. I have gotten used to shooting 2-4x regularly for a lot of my images. 2x  on a 100mm is wonderful, but I found that I had to crop into images a bit more than normal to get the cropping that I liked. Not a dealbreaker, but it is there.

Would I purchase this?

Short answer, yes. It took me a bit to lose some of the muscle memory I have with the mp-e 65. I had to consciously think about what I was doing for a bit until I adjusted to something new. Once I became more familiar the lens was fun to use and I feel like the images fit within my style. I would love to have this lens in my kit for spring when some cine projects I am working on hopefully start up. I will add in a stronger focusing lamps since the mt26 lights help a touch, but really I could use a bit more light, and that may just be a side effect of older eyes as well. Again the price to have an affordable yet quality piece of glass in your kit that has extreme versatility is a no brainer when projects come up.